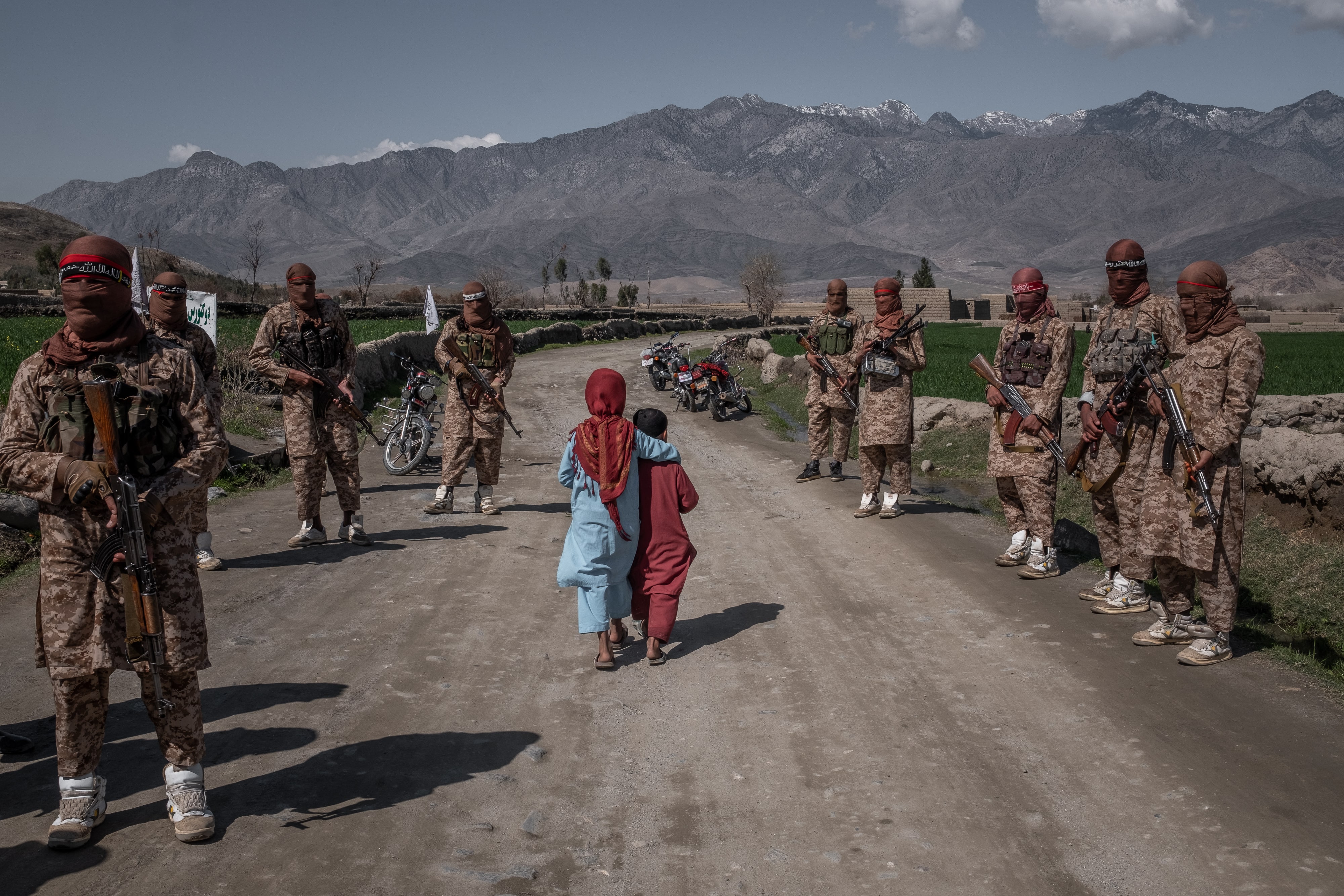 We are constantly inspired by how photographers capture real human stories. Localised perspectives are about understanding local structures to best communicate to the outside world and to generate empathy. We spoke to last year's BarTur Award co-winner Jim Huylebroek about his winning photograph and how he approaches storytelling with photography.

What was the experience like of winning the BarTur Photojournalist Award?

It was quite the surreal situation. It was late July last year when I got an email from Amnon BarTur notifying me that Ashley Gilbertson and I were sharing the award, and I obviously was very pleased. I always thought the BarTur Awards had some really cool people involved and Ash is of course one of the best, I respect his work a lot, so having my name there was amazing.

But I was in Afghanistan, my home, at that time and things were going downhill there at a very rapid pace. I had told Amnon I would try and take a few days off to be there for the award ceremony in Berlin in August, but as provinces started falling to the Taliban I had to cancel those plans in order to stay and report from Kabul. I remember recording a video message for the award ceremony on the roof of our house on August 15th. Later that day, the Taliban would enter the city.

Could you provide more context to the winning photo? What was your process behind it? ‍

The photo is taken in Laghman, a mountainous province to the east of Kabul, in March 2020. The Taliban had been consolidating its hold on rural areas, and my colleague Mujib Mashal, from the New York Times, and I thought it was high time we went out and see what life was like in areas under their control. We’d been negotiating access for a while but hadn’t had much success up until that point. We finally did and drove out, unsure what would happen.

Not long after we crossed into Taliban-controlled land we were stopped by what is called a Red Unit - a group of Taliban fighters that are usually better trained and equipped. It was like a show of force, they knew exactly who we were and they lined up on the side of the road as we made introductions with their commander. As that happened, these two local boys walked past, the older one wrapping his arm around the younger one, to protect him, put him at ease. I noticed that and immediately thought that was a special moment. My nerves had been high on the way there, not sure what to expect, but after that I thought ok, this is good, this is important and I need to make this work.

What were your considerations when selecting one of your Photograph to be submitted?

It was clear to me that that story was the most important story of the year, at least in terms of what I had worked on. It sort of tried to deep-dive into the Taliban as a movement in order to convey what was to come.

The context and socio-political situation that your photo is depicting is so specific and important, do you feel that it opened the conversation around the topic to a wider audience? Do you think it was received the way you intended it to?

I can only hope so. People tend to identify with children, and ultimately that is what you want, for people to identify and feel empathy in order for them to care about something. To be able to do that for such a publication with such big readership is a big responsibility but also an honour.

You’ve been based in Afghanistan for quite some time, how has that fact been helpful in your capturing of the situations, the regions, the local?

I think that has been very helpful. Over the years I’ve invested a lot of time in learning the language, and learning about the people, the history, traditions, culture and the country in general. Afghanistan is definitely not an easy context to work in as a photographer, and being able to communicate and live the way the people around you do is very helpful. That all sort of came to show when last summer the Taliban advanced on Kabul and most of our local (and international) colleagues, who we very much rely on in working there, fled abroad. All of a sudden there were no fixers and translators so the ones that remained had to rely on our own skills in order to continue to work.

What does the term photojournalist mean to you? How is it different from a photographer?

That’s a difficult one for me to differentiate. I guess a photojournalist tries to do more than take photos and present them, as in they try and make a work of journalism out of it, either with news or storytelling value.

We want to thank Jim for his time, and for letting us into his mindset and philosophy surrounding his winning photograph. Be sure to check out this year's BarTur Award as the deadline for submission has been extended to June 28th.