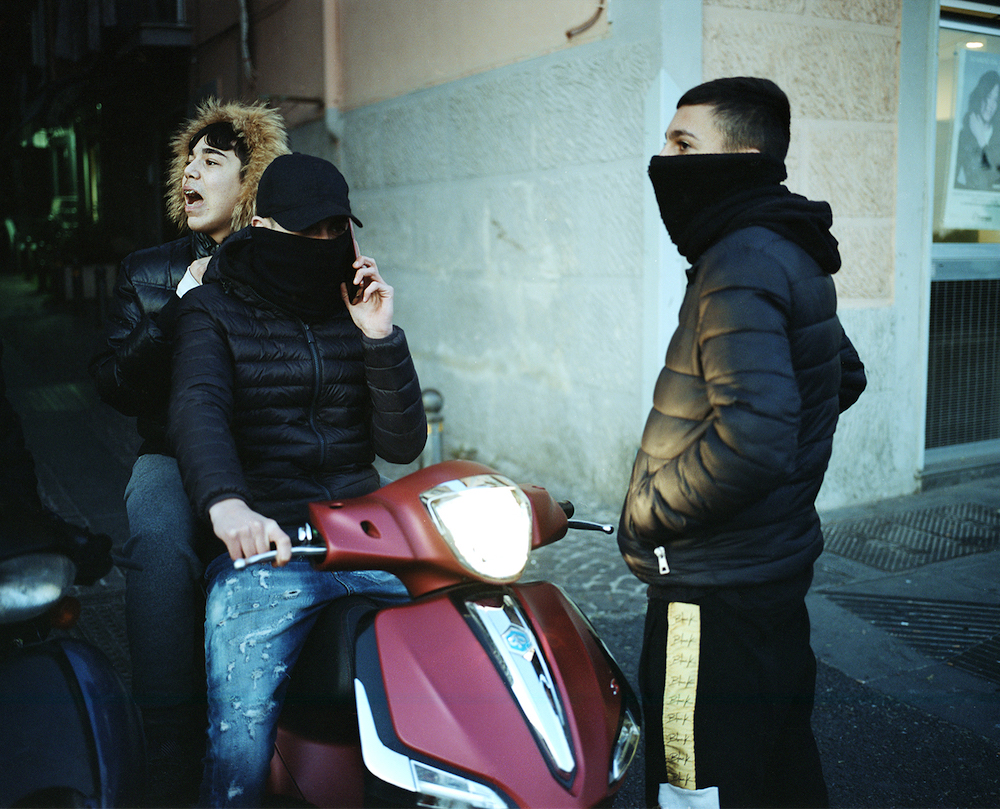 How to effectively represent subcultures through photography

Here, he tells us about how he captures cultural feelings and nuances and puts them into his work so beautifully.

Hi Glauco - how would you describe the kind of photography that you create?

Generally in my work, I’m trying to find some truth. I’m trying to translate things that I felt when I was in a place, and capture the normal, day-to-day elements in specific communities that I’m drawn to. My work mostly comes from personal experience, from when I lived or traveled in a place and decided to capture the emotions I felt in that place through my photography.
‍
I always try to think how my work will look in ten years from now. You know, you can look back at a photograph of the streets of London from the ‘80s, taken by someone who may not even have been a highly regarded photographer, and 20, 30 years later, the image is full of such dense information about what life was like there, then. I try to imagine how my work will look in 20 or 30 years.

That’s such a great way to look at things. It can be hard to determine the interesting elements of day-to-day life when it’s something that you live everyday, and has maybe even become a bit mundane to you.

It is really tricky, and honestly sometimes I miss things that I later think I should have captured, and then promise myself that if I’m in a similar situation I’ll make sure I get it next time. For example, I’m working on a long-term project with teenagers in Napoli. Every year on the 17th of January, kids in every district make these massive bonfires out of old Christmas trees. Of course it started as an old Pagan ritual, but now it’s almost like a challenge between the districts, of who can have the biggest bonfire.

Initially, you think It’s crazy. The kids take trees and stash them in secret hiding spots in their districts, and have rivalries between the other districts and try to steal or burn the others’ trees. I’ve been so drawn into that, but this year - my third year there - I realized I wasn’t really interested in the bonfire itself. More so interested in how they perform this ritual, a rite of passage, like a coming of age event, every year. They’re experiencing moments they’ll carry with them through their adult lives, and even a photo of them just talking or sitting on their scooters in a moment of everyday life, is so surreal. They don’t know how formative these years are going to be, or brief they’ll be.

I’m trying to grab that subtlety and nuance in my photographs; the moments when you’re in between being a kid and becoming an adult. These short, magical moments. Their every day of wearing puffer jackets, sitting on scooters in their tracksuits is exactly how they are today - it won’t be the same in 20 years.

So it’s about capturing and documenting a moment now that will look completely different if you went to the same place and hung out with the same age group of or demographic of people in the future?

Exactly. There’s so much information about everyday life in fashion, in architecture and in cars. They all contextualize our daily lives, which is why most of my photography is on location rather than in a studio. There can be elements in the background which are out of focus and that you don’t pay attention to, but in ten, twenty years time, they’ll become relevant because they will have changed.

When you photograph people you obviously have to spend time with them, integrate yourself with the community and make them feel comfortable with you. What’s the build up like before you can just whip out your camera and everyone’s OK with it, and nobody poses?

So this of course depends on how you approach people. I try to approach people through people who are trusted in the group, and it takes time to get to beyond the moments where they’re posing for you. Obviously the more you hang out with people the more at ease they are in your presence, and the more they almost forget about you because you’re not a stranger anymore, you’re part of their everyday. The more you engage with their conversations, the more of your own human side that you show and the more you show how you understand them, then the more reality you can capture.

We all have ideas of how we look or how we want to look, which we put into a pose that we’d do for the camera. How do people react to your images when they see themselves shot candidly for maybe the first time, and it’s likely pretty different to the image they had in their head of themselves?

Well here’s the thing; I shoot on film and always have, so for example with these kids in Napoli they were all asking to see the photos straight away, and I had to explain to them why I couldn’t show them. I was trying to tell kids born in 2011 that images used to be captured on film. I was feeling like a time traveler talking to them.

I strive to take photos that dignify people, and most of the time when people see themselves documented in photography like that, it feels like a step forward for them, and they start trusting you even more.

What advice do you have for photographers who want to capture their culture and their area, but who might think there’s nothing of interest to photograph?

For me, I started to grasp the relevant and interesting elements of my own place and culture when I left it. You really start to notice the differences when you re-root yourself somewhere else. Obviously not everyone is able to travel, especially now, but my biggest suggestion is always to start with your own personal obsessions. This was a big lesson for me, to start by reflecting on the elements that have shaped you and formed your life.

Consider what connects you to your heritage, your culture and your family. I had an epiphany about this after a University lesson about how most contemporary artists, not even only photographers, were basing their work on obsessions that may have come from their parents, a traumatic experience, or something belonging to their family.

We all have what we need already. It’s in our DNA. It’s in our blood. We can follow our instincts and make work that’s alive - even in our darkest places when we don’t know what we’re doing with our work. There’s nothing we can talk more about than our own identity and culture. If you’re interested in photography that’s about cultural identity, you have to start from yourself.